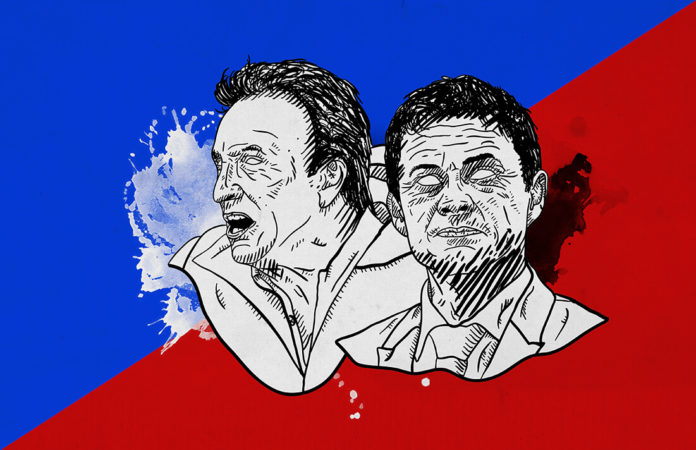 Manchester United put in their best display of the season away to Cardiff City on Saturday night, thrashing the Bluebirds 5-1 in a superb attacking display. Ole Gunnar Solskjaer’s arrival at the club has been a breath of fresh air, with the United players looking liberated and actually enjoying their football. The headline statistic from this game is, of course, the fact that United scored five goals in a game for the first time since Sir Alex Ferguson’s last game in charge, that madcap 5-5 draw with West Brom all the way back in 2013. It looks like Solskjaer will give his players the freedom to go out and express themselves, having said as much in his pre and post-match interviews, and there are already visible signs of the differences in approach under him and Jose Mourinho.

Neil Warnock made just one change to his side, with Greg Cunningham replacing the injured Joe Bennett at left-back.

Solskjaer, on the other hand, brought back Luke Shaw and Paul Pogba from the wilderness, while Phil Jones partnered Victor Lindelof in defence. In Romelu Lukaku’s absence, Marcus Rashford started up front, alongside Anthony Martial and Jesse Lingard.

One of the biggest criticisms of Mourinho’s United side was their failure to stretch opponents by utilising the width of the pitch – while the attacking players would drift infield, the full-backs would not bomb forward into the vacant space, under strict instructions from the Portuguese manager to maintain the side’s defensive shape. An example from the Champions League game against Valencia illustrates this clearly:

Contrast this to United’s approach against Cardiff and both full-backs were clearly instructed to stretch the play and get high up the pitch, with Young and Shaw happy to oblige.

This was not just limited to the full-backs – the entire team looked like they had been told to push up the pitch, instead of dropping deep as had been their tendency under Mourinho. United’s midfield shape demonstrates this well:

Matic dropping deep to effectively become a third centre-back allowed the full-backs to bomb forward, which in turn let the wingers come inside to combine with the midfielders. A simple tactic, but extremely effective.

United looked like a completely different side against Cardiff, and this was also down to the fact that there was a lot of intelligent off-the-ball movement. Players moved around looking to open up spaces, usually, in the wide areas – the wingers were dropping deep or moving into central areas, which would open up gaps for midfield runners or for the full-backs to take advantage of. The key here was the cohesiveness of the team; the United players were trying to create space for each other, and it looked as if they understood their roles perfectly – something which had been lacking under Mourinho. Once again, a relatively simple tactical approach was deployed, but it was executed almost perfectly.

A key individual who made this tactic work even better was Jesse Lingard. He did score two goals, but arguably as important was his movement off the ball. A comparison of his touch map with that of Martial, who played on the opposite flank, will illustrate just how much ground the Englishman covered:

Lingard kept coming short and into central areas, dragging Cunningham out of position which would then create space for teammates to run into. He did this for the entire game, and on this evidence, it looks like he will be one of the first names on Solskjaer’s team sheets.

Under Mourinho, United were one of the only top sides in Europe to not have any sort of strategy designed to press opponents. The Red Devils would routinely sit back and invite pressure, to the extent that opponents could usually walk the ball into United’s half of the pitch before encountering any sort of pressure on the ball. Moreover, on the rare occasions that Mourinho deemed it necessary to press high up the pitch, the complete lack of practice and the absence of a cohesive strategy would be immediately obvious – the opposition would easily be able to play around United’s attempts to press, with the further downside that they would now have ample space to break into.

This was a tactic completely at odds with the way modern football has progressed, and Solskjaer looks like he is slowly getting the side to press their opponents high up the pitch, in conjunction with a high defensive line to compress the space and make it easier to win the ball back in midfield if required.

Rarely has one game showcased such a change in mentality and approach over the previous regime. The obvious caveats do apply here – it was only Cardiff, at the end of the day, and United did concede a few chances as well. However, Solskjaer’s impact with a little over two days of full training was undeniable. The hope now is that he is able to instil his methods in greater detail over this month, as a relatively benign fixture schedule should help him find his feet. There is still an extremely long way to go, but green shoots of recovery seem to be sprouting around Old Trafford in these winter months.

If you love tactical analysis, then you’ll love the digital magazines from totalfootballanalysis.com – a guaranteed 100+ pages of pure tactical analysis covering topics from the Premier League, Serie A, La Liga, Bundesliga and many, many more. Get your copy of the FIRST of two December issues for just ₤4.99 here, or the SECOND of the December issues with an annual membership right here.